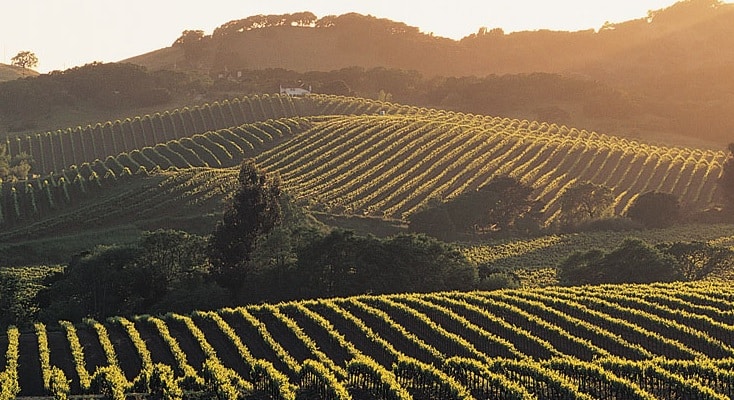 When it comes to competition—whether sports or business—the tendency is to completely dominate.

In the computer industry, Microsoft wants to do more than just take a bite out of Apple. In the basketball world, the San Antonio Spurs want to send the Miami Heat into a deep chill. In the hockey realm, the Boston Bruins want to do more than just win the Stanley Cup—they want to obliterate the Chicago Blackhawks. The mindset of eliminating all opposition is ingrained in most people we call “great competitors.”

That was my impression until I took a trip to the Wine Country of California a couple of weeks ago. My wife Jeanette and I celebrated our 6th wedding anniversary there. Little did I know that a brief vacation would unlock this week’s lesson on Greatness.

The lesson was courtesy of the name Regusci—more specifically our new friend Jim Regusci of the Regusci Winery. The facility is on farmland that’s been in his family since the 1930s. Generations of the Regusci family have cultivated that nearly 200 acres of grapes into one of the top wineries in Napa Valley. While the legacy is Great, the lesson was even sweeter.

We had the privilege of having Jim Regusci as a tour guide through his amazing property and as we sat up on a hill overlooking other wineries I noticed that he convincingly sang their praises and gave us tips on what to try and where. Here is a man who makes an incredible living selling a product that has been his family’s passion for decades, recommending to us a vintage from one of his competitors. That surprised me—that’s like the makers of iphone and Blackberry marketing commercials for one another. That’s Coca-Cola recommending we all drink Pepsi from time to time.

The concept surprised me enough to ask Regusci about why he was so openly supportive of “the competition.” Wouldn’t he want them to fail so that he could be the only bottle in town? His response was Great.

“What’s good for Napa, is good for all of us,” said Regusci with a smile.

He whole-heartedly knows that the success of Napa Valley was a collective success. He emphasized that the community and local economy received the better benefit when there are many companies like his enjoying success.

Even better, he said, the competition drives each winery to produce a better product. In turn, the overall experience at each competitor improves and the profits follow suit. It was definitely a lesson that left a Great taste.

How many of us offer Regusci-like praise of the strengths of our competitors? No false praise…but real? Too often, it seems, we’re spending precious resources in an effort to attack or point out the flaws in the competition. Anyone want to guess how much is spent in political campaigns on attack ads and slights against the opposition? Imagine the overall improvement we could have if we allowed the success of our competitor to drive us to our own success.

Have you had a moment when the success of everyone (including you) mattered more than the failure of everyone except you?