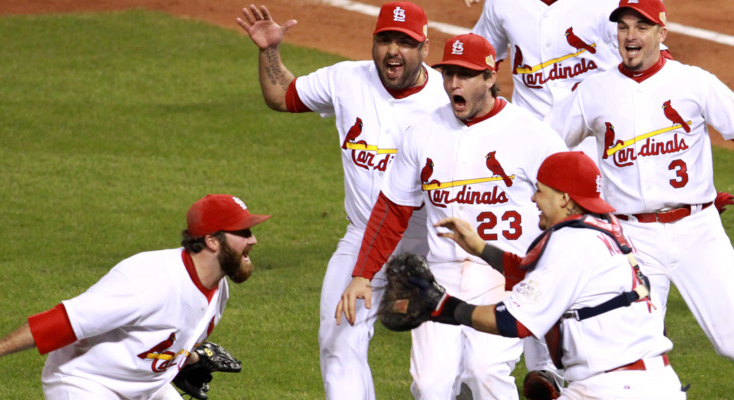 The Chicago Cubs are sitting at home…AGAIN. The St. Louis Cardinals are aiming at another world championship…AGAIN. The question is, why can some teams consistently play at a championship level and others struggle to find success in those same critical conditions?

I have spent the last two years interviewing, studying, and researching the habits of Great teams and what they do best in the sports and business worlds–and I have observed long-running cultures and actions that contribute to the success that these organizations have built. One defining, championship-level quality of Great teams is that they know how to win in the fourth quarter, final inning, or those last crucial seconds before the game is over.

[tweetthis url=”http://donyaeger.com///learn-how-great-teams-win-the-fourth-quarter/”]Great teams know how to win when the game is on the line.[/tweetthis]

For many companies, October is the beginning of the fourth quarter of their fiscal year. Almost every organization has a goal to close out the year strong. We can find many powerful insights in the world of sports that can be applied to just this kind of real-world situation.

(Check out my video below to see the successful habits of teams that consistently achieve championship-level results!)

One of the Greatest teams of all time was the Jerry Sloan-coached Utah Jazz, a team that spent a decade playing at a championship level but had the misfortune of peaking at the same time as Michael Jordan’s Chicago Bulls. The Jazz were so consistent because they were exceptional in closing out the fourth quarter successfully and efficiently. Sloan sat down and spoke with me about why his team was so good closing out games. He believed that critical situations and fourth quarter moments were meant for doing what the team did best: playing to their strengths rather than creating some new (or rarely used) strategy in crunch-time.

The Jazz followed proven methods—such as the John Stockton-to-Karl Malone pick-and-roll, setting solid screens, and making crisp entry passes into the low post—which cut down the margin of error and confusion, and were strategies the players felt comfortable executing with precision when the pressure was greatest. They stuck with this philosophy even though everyone in the arena – including the competition – knew what was coming. These tried-and-true tactics ensured that the Jazz would stay in control in the more chaotic moments of the game, and most often come out on top.

[tweetthis url=”http://donyaeger.com///learn-how-great-teams-win-the-fourth-quarter/”]Great teams know their strengths and play to them in the biggest moments. [/tweetthis]

The Utah Jazz didn’t deviate from what made them successful when they had limited time to go for the win. This is the Great challenge that a lot of companies face: Innovation is a wonderful thing, but is the fourth quarter the best time to decide to try something creative, different, and unproven? Instead, consider the most efficient path to success. Once you know your team’s go-to move, perfecting it and staying consistent will keep you organized, focused, and confident.

So, what’s your plan to finish the fourth quarter strong?

Like the St. Louis Cardinals or the Utah Jazz, we should rely on our golden method of success. Does your team know how to win the fourth quarter consistently?

What’s the secret to your late-game success? Leave me a comment and let’s discuss finishing strong!