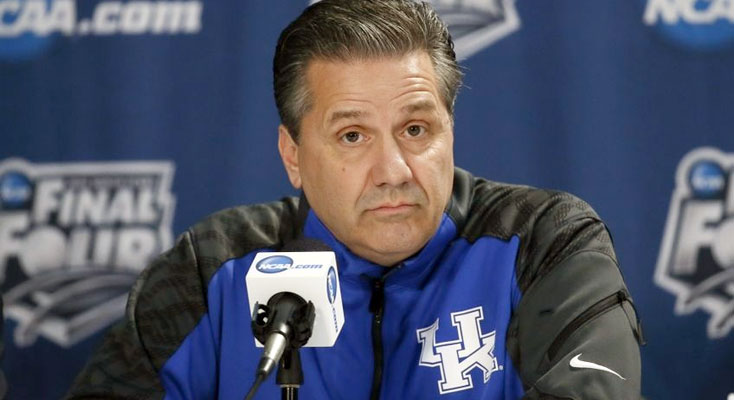 Learning through Winning: Three Successful Lessons from the Kentucky Wildcats

The undefeated Kentucky Wildcats are inching closer to a perfect regular season and it’s exciting to watch.

Last night’s game against Georgia, which Kentucky rallied to win 72-64, was among the best I’ve seen this season. But each Kentucky win prompts the same question from sports media pundits: Would the Wildcats be better off now losing a game in order to lessen the pressure of maintaining an undefeated season before entering the NCAA tournament? Remember, no team has finished the college basketball season as an undefeated champion since the 1976 Indiana Hoosiers.

While it is important to learn from your losses, one of the things that makes GREAT teams special is their ability to learn from their wins, too. The most successful teams and organizations know they are never perfect in victory.

Out of all the amazing coaches I’ve had a chance to learn from throughout my career, none of them would suggest that the only way to learn was by losing, or that pressure is somehow lightened with defeat. In my study of successful teams, they are all equally critical in breaking down their performance… especially after success! There is no question that John Calipari, head coach of the Kentucky Wildcats, is doing just that. I’ve had a chance to work with Coach Calipari while doing media training for his players. I’ve also interviewed him for my Great Teams webinar project, and he had some interesting comments to share with me on the value of team-building, recruiting, and maintaining consistency. (I’ve included a few short audio clips here.)

If you seek to create a championship atmosphere for your team, like Coach Calipari, then you should be equally critical in your team’s performance after victories as you are after losses. Don’t discount the team’s successes, but don’t be so blinded by wins that you miss moments to grow.

I wish that the media pundits who are giving life to this debate would put it aside, and simply enjoy the fact that there is a team out there creating something special. It takes world-class coaching and strong, consistent culture to take all-star players, platoon them to work together, get them to play suffocating defense and have the ability to replace talent, year after year. This is unique, special stuff. You don’t have to like Kentucky—in fact, you can hate them—but you should want to learn from them… just as they are learning from each of their wins.

I’d love to hear from you on the lessons you may have learned through your own success and winning. Leave me a comment and let’s discuss!