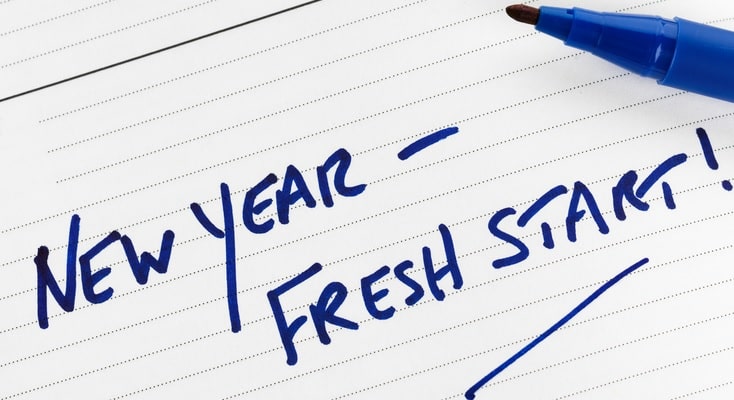 New Year’s Resolutions Are Made to Be Broken… So Break the Mold!

If you’re anything like me, by now you’ve probably put off your New Year’s resolution at least once, haven’t you?

Let’s face it. Resolutions often dissolve as quickly as they are developed. Research has shown that for many of us, nothing really changes after New Year’s Day. According to Forbes Magazine, only 8% of people actually keep their resolutions. This uncomfortable truth begs the question: Why do so many of us fail at our New Year’s resolutions?

The answer may be rooted in ineffective goal-setting.

We live in a time where options are unlimited, which makes quitting easier than ever. Did you decide to eat healthy, only to be lured in by any one of the two dozen fast food joints on your way to work? Had you made up your mind to watch less television only to see a commercial for a new show that already has you hooked? Often, by the second week of January, when I’ve not worked out as often as I said I was going to or eaten something that I promised I wouldn’t or not accomplished nearly as much on my new schedule as I’d planned, that sense of failure makes me lose motivation for pursuing my goal. Mentally, I’ve already blown it and the calendar doesn’t say February yet.

New Year’s resolutions are great, but they are, essentially, made to be broken. We like to create ambitious goals—but we often do so without a plan of execution. Without a clear path laid out before us, we lose motivation and quit. Once we do that, we make it remarkably easy for ourselves to quit the next thing…and the next…and the next!

[tweetthis url=”http://donyaeger.com///new-years-resolutions-are-made-to-be-broken-so-break-the-mold”]A goal without a plan is like a rocket without an engine, you’ll never leave the launchpad.[/tweetthis]

But there is hope. If you’ve already wavered, then you can recalibrate. Just because you’ve failed in your resolution goals doesn’t mean you have to give up altogether. Remember that goal-setting does not have to be an annual event, but a monthly or a weekly one!

Here are four ways we can become more effective goal-setters:

The bottom line is this: If you falter in your goals, you don’t have to wait until the next New Year’s Eve to create brand-new resolutions. After refocusing, each new week or new month can be your new beginning…your new New Year’s Eve!

Quitting is the easy option. Just because something is momentarily too hard for us doesn’t mean we are not capable of ultimately rising to the challenge. If you have a determined attitude, realistic goals, a specific approach, and a plan of accountability, then you may surprise yourself at how productive you can be. The Great ones in sports and business know that change is never easy, but requires hard work and consistent effort. By not giving up, we can learn a valuable lesson in goal-setting. I know you can do it!

Have you ever set a goal or resolution, failed…and recovered for success? Leave me a comment and tell me your story. I’d love to hear from you!

Tags: Change, Consistency, Goals, Hope for the Best But..., Inner Fire, New Year, Quitting, Resolutions, Visualize Victory, When No One is Watching