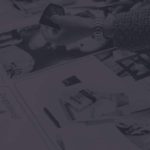 To LINgit to Quit!

I hate to be late to a party, but I’ll admit I kept waiting on this one because I kept thinking it might flame out.

Count me in on the party…but only because I’ve spent the last week learning more about Jeremy Lin the fighter than Jeremy Lin the man-of-the-moment New York Knick Rock Star. Lin’s face is everywhere. The Knicks point guard has taken the world by storm. He has led the Knicks to a 7-2 record since he became a starter. His highlights include hitting a game-winning 3 pointer at the buzzer to beat the Toronto Raptors and nationally televised wins over Kobe Bryant and the Los Angeles Lakers and the defending champion Dallas Mavericks. During this time Lin became the first NBA player to score at least 20 points and have seven assists in each of his first five starts. Ever.

Written by Don Yaeger on June 1, 2009. Posted in The Greatness Newsletter

Ultimate Teammate…
The truly great will assume whatever role is necessary for the team to win.

The 2008 United States Olympic Basketball Team had one goal in mind: to recapture the gold after earning the bronze in 2004. Dubbed “The Redeem Team,” the roster read like a future Hall of Fame ballot with names like Carmelo Anthony, Kobe Bryant, LeBron James, Jason Kidd, and Dwight Howard listed one after another. Even the “second string,” anchored by Chris Paul, was outstanding.