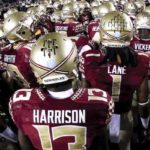 Written by Don Yaeger on November 1, 2008. Posted in The Greatness Newsletter

Inner Fire…
The truly great use adversity as fuel.

Nearly a year ago, this newsletter covered the story of NFL great Warrick Dunn. Response then to Warrick’s amazing story was extraordinary, leading me to want to share another characteristic that Warrick embodies, especially since his autobiography – which recreates his journey to Greatness – was released Tuesday by Harper Collins. Warrick was also just featured on The Today Show.

On Thanksgiving night 2007, the crowd in Atlanta’s Georgia Dome roared with praise. With a short burst through the line of scrimmage, Warrick Dunn became the 22nd running back in NFL history to rush for 10,000 yards.