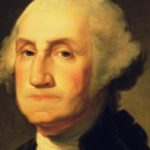 Editor’s Note: In honor of July 4th, I wanted to share this story written by Brian Kilmeade of Fox News, my co-author on George Washington’s Secret Six, about some ideas we discussed together on celebrating the everyday heroes who contribute to our country’s greatness in both big and small ways.

When I set out to research the story of the Culper Spy Ring, I had no idea where it would take me. What resulted was a dynamic cast of characters, a little mystery, and a lot of adventure that all came together in a New York Times Best-Selling book, George Washington’s Secret Six: The Spy Ring that Saved the American Revolution (Sentinel: 2013). But what began as a project to explore an untold part of American history quickly became a personal mission to bring to light the names and deeds of the men and women—ordinary citizens—who had accomplished so much for the sake of their own freedom and that of future generations.