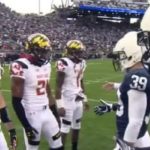 What Greatness is NOT: Maryland at Mid-field

Over the last five years, I have written over one-hundred and fifty blogs and newsletters about Greatness—the imperceptible things that make the best athletes and leaders dramatically different from their peers. This past weekend, I saw what it wasn’t.

One of the most “sacred” events in collegiate and professional football is the exchange of handshakes of team captains after the coin toss. It is tradition to show a moment of sportsmanship and extension of camaraderie to your opponent. During the game the players will hit and play hard, but it is always good to open this battle respectfully. 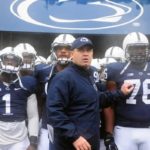 Rebuilding Greatness through Culture of Character

Pay attention to the way head football coach Bill O’Brien and the Penn State program have conducted themselves in the aftermath of one of college football’s biggest scandals, and you’ll see an effective step in the move from good to Great.

When rocked by a crisis, the tendency for most people—and companies—is to create distance.  In many cases, more energy is spent defending, debating and deflecting a scandal, than surviving one.  Over the weekend, the Penn State football team took another Great step by defeating the 18th ranked Michigan Wolverines 43-40.   With such a monumental victory, the Nittany Lions proved they are definitely surviving… and winning, both on the field and off. 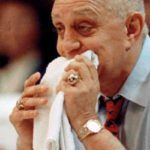 Recognizing Your Hall of Famers

Should you ever have an opportunity to attend a Hall of Fame ceremony—of any kind—make sure you go!

Trust me, it just might change your perspective on thanking others. Last month’s Naismith Memorial Basketball Hall of Fame ceremony honored some of the Greatest minds ever to be associated with the sport. It was a 2013 enshrinement class decorated with Olympic medals, NBA Championships, NCAA Titles, and more than 3,000 coaching victories. 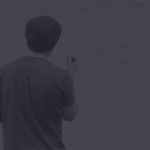 Each week, it seems the sports world captures our attention and sends us on an emotional rollercoaster worth the price of admission. But this week’s thrill ride inspired me to focus on perspective. Under what lens would you view emotional moments of failure, tragedy or triumph?