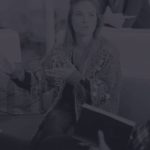 As the NFL Playoffs continue to take us further from the regular season routine and closer to Super Bowl dreams, I can’t help but tap into my appreciation for the iconic figure who won the very first Super Bowl in NFL history. Back in January of 1967, Green Bay Packers head coach Vince Lombardi captured the trophy (which would eventually bear his name) in a 35-10 victory over the Kansas City Chiefs. The endless wit and wisdom he displayed over the course of his career fueled my desire to learn more about the man who is, arguably, the league’s Greatest coach. His quotes were memorable to say the least.

In August 2011 Manning was being interviewed on New York City’s ESPN 1050 Radio by Michael Kay.

The firestorm from that one-word answer lasted all season…especially when the Giants were floundering at 7-7 and looked like their playoff hopes were dashed. But every time a reporter or fan threw his answer back at him, Eli stood strong. “I believe I am,” is all he said.