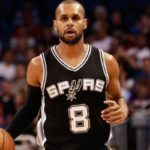 The Spurs Model: Know What Matters

No matter your opinion of them as a team, you have to agree that the San Antonio Spurs are a model of consistency, winning… and diversity.

Each of the seven foreign-born players on their roster was an integral component to the team’s success. One of the breakout stars for the Spurs has been backup point guard Patty Mills, who delivered an incredible performance in the fifth game of the NBA Finals against the Miami Heat. Mills scored 17 points, including four straight 3-pointers, helping the Spurs clinch the championship.