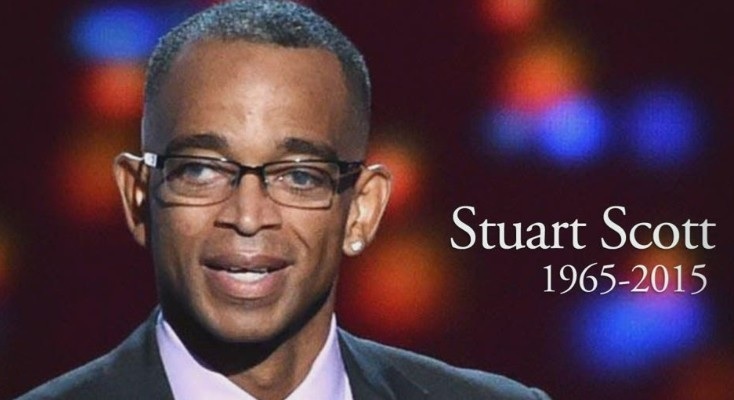 Fighting is Winning: In Memory of Stuart Scott

ESPN commentator and journalist Stuart Scott was a true example of a life lived Greatly.

He had a warrior’s spirit, epitomized class and courage, and had an unshakable will to live. On Sunday, January 4, the sports world was saddened with the news that Scott—one of the most recognizable and beloved sportscasters of our time— had lost his battle to cancer. It pained me deeply to know that one of my favorite individuals in sports was gone, but I’ll never forget the legacy that Scott left us.

One of my fondest memories of him came this past year at Michael Jordan’s Golf Tournament, in Las Vegas. My wife Jeanette and I were in a packed room full of tuxedos, ballroom gowns, and people dressed to the nines. The biggest names in sports and sports broadcasting were all there intermingling. But there was one guy that everyone was drawn to like a magnet: Stuart Scott. I had a chance to spend a few moments with him as others were approaching and asking about his health and condition. I was consistently amazed at how Scott responded to the guests. For every one of them, he humbly took the question, said he was doing well and that he was going to win. Then he immediately moved on to ask them about their own lives. Scott showed true selflessness by immediately rerouting the conversation to the person he was talking to.

In that moment I watched graciousness, action, class, and humanity at its highest.

Many of us were also fortunate to witness Scott’s inspiring story last year on the 2014 ESPY Awards. Scott, best known for his work on SportsCenter, was awarded the 2014 Jimmy V Perseverance Award for his courageous fight against cancer. I still cannot figure out how he managed to maintain his composure as he spoke of the struggles he had faced.

The award was named after college basketball coach and broadcaster James “Jimmy V” Valvano, who gave an inspirational speech at the 1993 ESPYs shortly before dying of cancer only a few weeks later. It is given each year to the individual in the world of sports who has overcome great obstacles through perseverance and determination.

Scott, last year’s winner, was diagnosed with a rare form of cancer in 2007. Though initially in shock, he refused to allow his battle with cancer prevent him from living a full life. For seven years, he battled his cancer mentally, physically, and emotionally.

This was profound to me. The Great ones of our time know that adversity can make you bitter or better… and we can live a more fulfilling life if we choose better!

When Scott accepted his award, he spoke about how difficult it was to suffer with a disease like cancer. He revealed that in the week prior to the ESPYs, he had undergone four surgeries and wasn’t even sure if he was going to survive. But with the help of his medical staff, his family, and friends, Scott was able to make it to the awards ceremony. He admitted that this was when he realized the battle was “not a solo venture.”

“Fighting is winning,” said Scott, after he accepted his award. “You beat cancer by how you live, why you lived, and in the manner in which you lived. So live. Fight like hell. And when you get too tired to fight, then lay down and rest and let somebody else fight for you.”
Fighting is winning—what an incredible notion. Your reaction to adversity shapes your character, clarifies your priorities, and can fuel your path to Greatness.

During the event, Scott remarked that the source of his motivation has been the love of his family and fans. With them, his private battle has become their battle—which had made all the difference in Scott’s confidence and fight for recovery. Because of this, he worked hard and lived on, and his determination has given countless people inspiration because he choose not to give in to his illness.
What do you do when those life-changing moments hit you? How do you let them affect you? As a cancer survivor, I can relate to Scott’s words. The Greatest individuals of our time have always had exceptional support groups behind them. The love, motivation, and hope from others can be a tremendous asset in overcoming life’s biggest challenges. These individuals are invaluable and their strength can be channeled as our own.

You’ll be greatly missed Stuart, and your legacy will be an inspiration for many to keep going, pushing, and fighting. Thank you for inspiring all of us with your life.