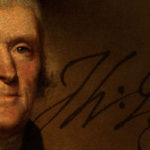 Thomas Jefferson was fed up. For more than 15 years, he had been fighting to convince the American government that something needed to be done about the hostage crisis along the Barbary Coast of North Africa.

For centuries, state-sanctioned pirates from Algeria, Tripoli (now Libya), Algiers, and Morocco, had been aggressively pursuing European and North American trading vessels, sometimes merely stealing the ships’ cargo, other times capturing the crews and holding them as slaves until exorbitant ransoms were paid. Other countries could pay an annual “tribute” to the leaders of each of the Barbary nations in return for a promise to be left alone, but the newly-independent United States (which could no longer claim protection under the British flag) could hardly afford to meet these demands. In 1795, more than ten years after Jefferson picked up the cause, tribute payments to Barbary rulers made up more than 16% of the entire national budget, and the demands continued to increase. The nation was on the verge of bankruptcy to pay off foreign terrorists.

Enough was enough. When Jefferson was sworn in as president in 1801, after a bitter and hard-fought campaign against John Adams, he was determined that the harassment and endangerment of American lives would not continue.

Your Daily Dose of Greatness

Written by Don Yaeger on April 1, 2014. Posted in Your Daily Dose of Greatness 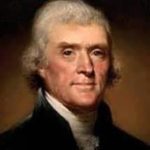 “It seems the harder I work, the more luck I have.”

Your Daily Dose of Greatness

Written by Don Yaeger on March 18, 2014. Posted in Your Daily Dose of Greatness

“I like the dreams of the future better than the history of the past.”