Louis Carr: The 8 Questions You Need To Ask Yourself So Your Goals Have Greater Impact 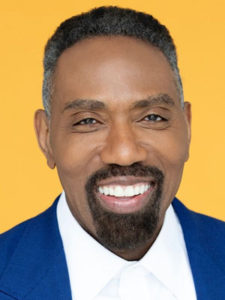 From The President Of Black Entertainment Television Media, Louis Carr

Louis Carr is responsible for more advertising dollars targeting African-American consumers than any other professional or company in history, and he has put those dollars to good use— he has led an incredible 21 straight years of advertising revenue growth.

How did he do that? Competing against himself.

Louis learned this lesson running high school track in Chicago and used his goal-setting model as a four-year scholarship athlete on Drake University’s track team. He shared how those lessons from sports shaped his professional leadership in Episode 2 of Don Yaeger’s Corporate Competitor Podcast.

As a teenager, Louis scribbled out a series of numbers on a sticky note – he was dissecting his team’s 4×400 meter relay time.

We have a shot of breaking a national record, he thought.

They practiced with the cross-country team, leaned into weights, and as they got into the season, lo and behold, the time started coming down. At a local meet, they ran 3:21, and Louis will admit, he was playing around on the anchor leg. “That is the moment it sunk in,” he said, “We really have a shot at this.”

“It was a packed-out stand,” Louis said, “That moment taught me the power of goal-setting, focus, and discipline. It taught me to believe in myself like nobody else.”

That day as the anchor leg, Louis crossed the finish line, looked up, and guess what he saw? 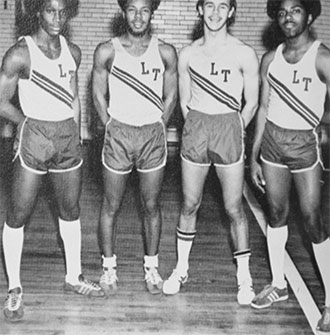 Today, Louis does not wear shorts so short, but he does use the same strategies leading his team at Black Entertainment Television. In his conversation with Don Yaeger he shared these 8 questions we can ask after we set our goals, to ensure they have great impact:

I am going to guess you are not seeking to set a national relay record – but you are pursuing greatness. So it is time to believe in yourself…and set goals worthy of your chase!