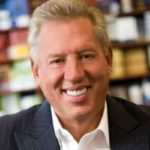 Mentors: A Proven Route to Success

In the world of business thought-leaders, John Maxwell is a frontrunner.

Maxwell is an internationally recognized leadership expert, best-selling author, and prominent keynote speaker. Over the course of his career he has spoken to government leaders, Fortune 500 companies, the NFL, and millions of people around the world. In short, John Maxwell is a rock star—and I was fortunate enough to learn a valuable lesson from him about mentorship. 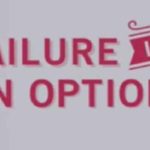 Failure is an option

If you are a sports fanatic, like me, then you’ll agree that this time of year is a sports fan’s dream.

There are a multitude of high profile events that can satisfy anyone: the French Open, NBA Finals, Stanley Cup Playoffs, and much, much more. Since I am not much of a commercial guy, I rely on my DVR to help me speed through my programs. But lately, I have discovered a commercial that was strong enough to make me press replay—and I love its message. 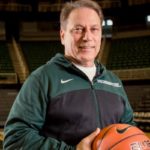 The Thanksgiving holiday quickly pauses our daily workload and puts the focus on family and friends.

Sentiments of love and Great memories away from the workplace are usually accompanied by an overindulgence of food, sporting events, and the inevitable afternoon nap. Somewhere in the midst of it all, there are acknowledgements of being thankful.

Written by Don Yaeger on May 1, 2008. Posted in The Greatness Newsletter

Ice In Their Veins…
They are risk-takers and don’t fear making a mistake.

It was third and seven. Brett Favre and the Green Bay Packers were on the Minnesota 16-yard line and threatening to score. As the play clock wound down, the veteran quarterback read the defense and changed the call on the field at the last possible second.

Then came the snap. Farve dropped back and, ever the gunslinger, fired cleanly into the hands of wide receiver Greg Jennings as he stepped untouched into the end zone.

For Favre, the touchdown pass was the NFL-record-breaking 421st of his career.