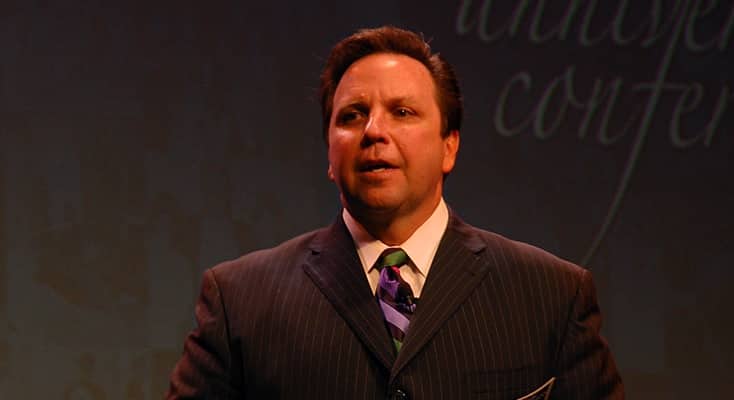 The Value of Someone Watching You

Right now if a future employer were watching you, what would they see?

Okay, okay… I know they’d see you reading this blog!

But really—what would they see in you? Passion, energy, excitement, or slouching, low energy, and complaining?

Recently, I had the Great opportunity to speak with McGriff Tire Company, Inc., one of the most successful commercial tire companies in the southeast.

At the end of the awards ceremony, the McGriff leadership gave out their most-prized honor—the annual “Someone’s Watching You” award. Since beginning my new webinar series on building a culture of Greatness, I have been consistently fascinated by Great cultures among the sports and business worlds. The story behind the McGriff award was yet another example of the importance of culture within any organization.

Nearly seventy years ago, Bert E. McGriff, the founder of the company, had a seminal moment.

McGriff (then a nineteen-year-old service station attendant) was working at a Standard Oil Station in Cullmann, Alabama when, one day, he saw a car watching him from the street. He could make out two individuals inside, but they didn’t seem to be doing anything notable. Though this struck McGriff as strange, he was known for his exceptional commitment and customer service, so he continued doing his job with enthusiasm and a smile.

The next day, the men in the car returned and watched McGriff for a second day. As he left work at the end of that evening, the car followed him home.

Nervously, McGriff pulled into his driveway to face the two individuals. The men exited their car and introduced themselves—one was a representative from Shell Oil and the other was a local distributor, and they wanted to open a gas station in that region. They told McGriff that they had heard he was the best customer service guy in the area, and that they had been sent to watch him as he assisted customers.

Then the two men presented McGriff with a golden opportunity: Not only did they want him to run the new Shell Oil gas station—he would also have the opportunity to own it.

Despite the fact that he had only a seventh-grade education, McGriff got the chance to own a little gas station that ultimately became a successful business empire, all because someone was watching him and they liked what they saw.

In that spirit, McGriff recognizes someone in his company whose efforts have been noticed by other people—even if they were not necessarily heroic or made the best sale-of-the-week. The goal is simply to celebrate people who were doing such good work, you couldn’t help but notice.

This recognition has created a unique culture within McGriff’s company. It is a tremendous honor to be recognized as a person being watched and it has changed the way the entire organization relates to each other and to the customers. Everyone regularly performs as if someone is watching them—because they know that this is a unique cornerstone of their company’s model of success.

This was a powerful reinforcement to me of taking Great pride in serving others and monitoring how you work. You never know who may be silently observing as you get the job done. Not only are you providing top-notch service for your team or your customers, you may also be contributing to your own success, just by being enthusiastic in every task…and that is a valuable lesson, indeed!