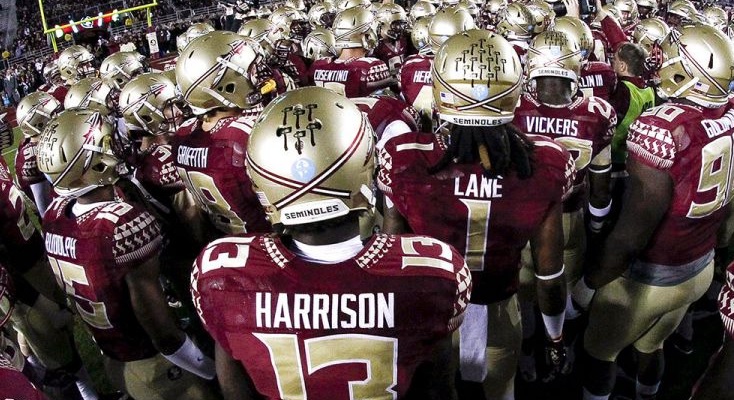 The latest shift of the goalpost that has really left me perplexed was a statement by Jeff Long, chairman of the committee, that they were judging teams on “game control” (which was a phrase I had NEVER heard before).

Game control, as it was defined by the chairman, is the ability to put your boot on the throat of an opponent and keep it there, to get ahead in a game and stay there. A team will benefit, he said, if it shows dominance from the opening kickoff to the end of regulation.

This comment led to a really interesting conversation between myself and others that I have worked with in journalism over the past few years. The subject: What is the most valuable characteristic in a Great team? Do you want a team that can get out front and maintain “game control,” or would you prefer a resilient team that could come from behind—no matter the circumstances—and continue to win?

Full disclosure: I live in Tallahassee, FL., where I root for the Florida State Seminoles. This year, Florida State—who seemed invincible last season—has not controlled many games by Long’s definition (this might be the understatement of the year!) As a fan, I have to admit that a legitimate criticism is that Florida State seems often to play down to the level of their opponent for parts of games. But they do rally and are currently undefeated (though just last night they were dropped to #4 in this ranking).

One amazing quality of Florida State is the team’s resilience. It doesn’t matter how far behind they fall, they seem to rise up when it matters most. This is applicable to the sports and business worlds alike. When I think of the characteristic that I’d want with the team that I work with, I’d want a team that can take a blow and come back to fight some more. I desire to have the kind of team that can rally when a rally is needed.

[tweetthis url=”http://donyaeger.com///which-is-more-important-resiliency-v-game-control”]Great teams can adapt to win in any situation.[/tweetthis]

Certainly it is more fun as a fan to cheer for a team that is ahead every game. (It certainly is easier on the heart!) But if I were trying to define the characteristics of a team I’d love to build, I’d want one that knew how to win in all circumstances, even when they were down.

As the great philosopher/former heavyweight champion Mike Tyson once said, “Everyone has a plan until they get punched in the mouth.”

I don’t know about you, but given the choice between a team that wins from whistle to whistle or one that can come from behind when the stakes are highest, I’d want to be surrounded by teammates who react with fire and determination when they are hit the hardest. I want a team that I know can regroup, and recover to win the game.

Which characteristic do you think is more important in a Great team? Please share with me your opinion. I’d love to hear from you!