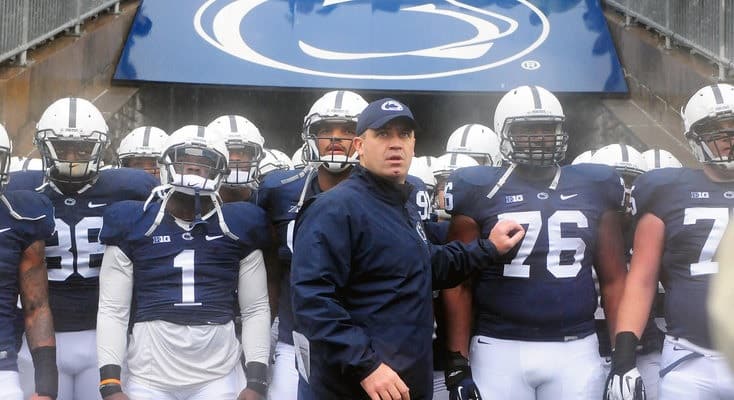 Rebuilding Greatness through Culture of Character

Pay attention to the way head football coach Bill O’Brien and the Penn State program have conducted themselves in the aftermath of one of college football’s biggest scandals, and you’ll see an effective step in the move from good to Great.

When rocked by a crisis, the tendency for most people—and companies—is to create distance.  In many cases, more energy is spent defending, debating and deflecting a scandal, than surviving one.  Over the weekend, the Penn State football team took another Great step by defeating the 18th ranked Michigan Wolverines 43-40.   With such a monumental victory, the Nittany Lions proved they are definitely surviving… and winning, both on the field and off.

I recently visited Coach O’Brien at the PSU campus and was blown away by his efforts – and the efforts of others in the PSU athletic department – to reshape the culture.  Their leadership has even changed the NCAA’s view of Penn State—provoking an unprecedented reduction of penalties.

That’s a far cry from just 14 months ago when Penn State was blasted by the court of public opinion, and crippled by a myriad of NCAA sanctions related to the Jerry Sandusky child sexual abuse scandal.  The crisis stripped 111 wins away from the Hall of Fame coaching legacy of Joe Paterno, resulted in $60 million to the program in fines, slashed 25 available scholarships annually from future seasons, and placed the program on a 4-year probation.

The lesson, for me, is how O’Brien and those I spoke with at Penn State have handled all those sanctions.  There’s something to be said in finding a leader who accepts punishment—even if he didn’t cause the problem for which he’s taking the punishment—and finds a way to improve.  There’s even more to be said when that improvement gets recognized and rewarded.  Coach O’Brien inherited a shamed football team in disarray, but kept his focus on restoring order and improving his players and program.  He wasted no time in establishing a culture where it was still important to be successful and win games, but it was more important to follow rules and exhibit character.

George Mitchell — former US Senator — was in charge of monitoring how Penn State adhered to the imposed penalties and the more than 100 recommended procedures the school needed to implement.  O’Brien made it a regular occurrence to make sure Mitchell and his staff knew of every effort the program was taking to get better.  By consistently documenting instances of good behavior and good faith, O’Brien helped shape Mitchell’s evaluation of the Penn State future.  O’Brien and Penn State were recognized for their efforts and ultimately rewarded.

“This sends a big message to our players,” O’Brien told me the day the penalty reduction was announced. “It shows these young people that you can be rewarded for doing things right at tough times. It reinforces all we’re trying to teach.”

It’s important to encounter moments when making the right choices are acknowledged.  Can you think of a time when you accepted responsibility instead of shifting the blame?  Did you wallow in your consequence or work toward a better circumstance?  Visit my Facebook Page for more content and, as always, join the discussion today!

Tags: Bill O'Brien, Chasing Greatness Blog, Inner Fire, Jerry Sandusky, Joe Paterno, NCAA, Penn State, Subscriptions, When All Else Fails, When Everyone is Watching, When No One is Watching, Writing